Your Guide to Hawaiian Weather 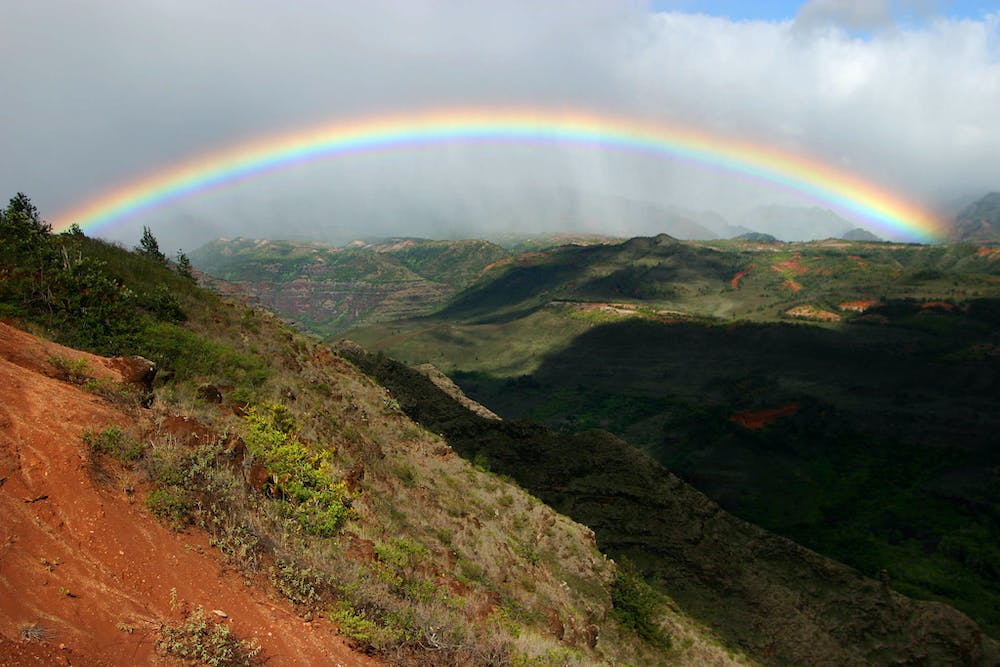 You pretty much know you’re in luck with the weather no matter which time of year you visit Hawaii. However, there are more subtle fluctuations in the temperature and climate than you may think. Let’s examine Hawaii’s weather and what you can expect no matter when you go and which island you visit.

The temps are fairly mild all year round in Hawaii, with the winter months hitting highs of about 78 degrees F and lows of 65; meanwhile, summer temps hit a high of 88 and above, with an average 75 degrees F in the evenings. These moderate temperatures that make Hawaii an ideal destination all year long are attributed to the state’s proximity to the equator.

If you’re wondering which are the coolest months in Hawaii, they’re about the same as here in the lower 48. Generally, you can expect coolest temps to be in December, January and February. Same goes for the warmer months. If you love hot temps, visit in July, August and September.

No one wants to deal with rain on their vacation, but there’s a good chance you’ll encounter at least a little bit. Fortunately, the rain storms don’t last long and the warm temperatures make it bearable. Also, most rainfall occurs at night while everyone’s sleeping, so that’s a bonus. However, there’s a much greater chance of experiencing daily rain if you visit Hilo, which happens to be the rainiest city in the country. In fact, Hilo gets about 127 inches a rain per year, which makes it even rainier than Seattle, Washington or Portland, Oregon.

Overall throughout Hawaii, it’s less rainy from April to October than it is from November through March. Kauai is the rainiest island on Hawaii, with the most rainfall happening in December. The climate varies by island to be sure, but also within regions on each island, where the weather is influenced by tradewinds. For instance, coasts that face the north and east get more rain than their south and west facing counterparts. If you take a look at satellite images, you’ll see the north and east sides are bright green while the others – not so much. The best part about the rain through? The stunning rainbows it leaves behind.

Snow in Hawaii? Yes, it happens. Fortunately, this usually only occurs in the higher elevations over 13,000 feet above sea level, primarily atop Mauna Kea and Mauna Loa on the Big Island. Even Haleakala on Maui occasionally gets snow, and that’s at about 10,000 feet.

Hoku Hawaii Tours is happy to say that the weather here on Oahu is consistently beautiful all year round, perfect for booking a tour of Pearl Harbor or even a Circle Island Tour. You can be rest assured of nice weather, particularly on Oahu’s southern side encompassing Waikiki and Honolulu. These are the sunniest parts of the island, as well as Ko Olina on the southwestern coast. Then again, the North Shore always looks good too so you can’t go wrong!