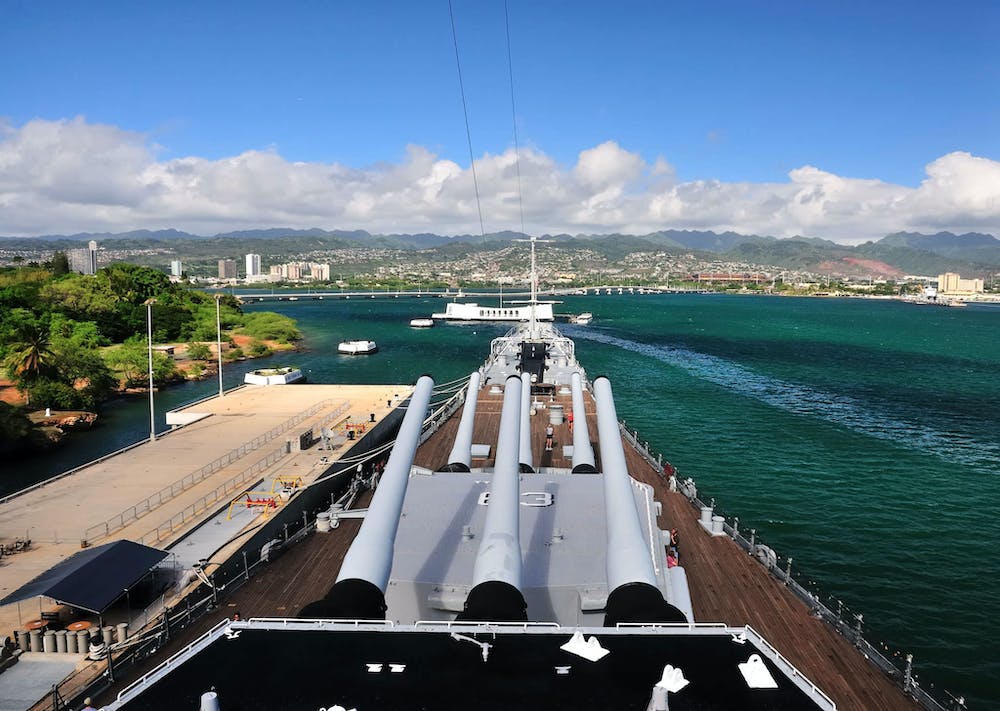 During the dark hours of February 7th, 1932 two aircraft carriers swept down on Pearl Harbor, Hawaii. Just before dawn they began launching all their attack aircraft from 100 miles north of Oahu. Hawaii’s defending forces were caught unprepared that Sunday morning and enormous damage was inflicted on the airfields of Oahu and the naval facilities at Pearl Harbor.

The attack, almost 9 years before the actual Japanese attack of December 7th, 1941, was part on the Joint Army-Navy war games leading up to Fleet Exercise XIII. The Army defenders objected to the umpires that it was ‘unfair’ for the Navy to mount their attack on a Sunday morning!

This book examines the origins of the December 7th attack on Pearl Harbor and the way that Japan’s victory that day laid the groundwork for our Navy’s victory six months later at the Battle of Midway.

The author examines the peacetime years of disarmament and the perseverance of our Navy’s leaders during those budget starved years. Differences developed over the combat role of aircraft. Personnel problems grew over the integrating of aviation officers into positions of leadership.

War Plan Orange dominated naval war planning through most of the 1920’s and 1930’s. The plan relied on our battleships to engage and defeat a Japanese fleet upon declaration of war. The efficiency of Japan’s war machine was underestimated.

Loss of Our Battleships

With the loss of our battleships in Pearl Harbor on December 7th our Navy swiftly adapted to a new style of warfare based on the aircraft carrier. This was not accomplished without problems, but the ability of our Navy to adapt resulted in the important victory at the Battle of Midway and the sinking of all four of the attacking Japanese aircraft carriers. The lessons learned from the defeat at Pearl Harbor and the victory at Midway guided our Navy throughout the Pacific War.

Unfortunately, some of the pre-war intra-service controversy was extended into the post war years, and was revived in 2006. It’s all in the book. Some Battle of Midway cognoscenti may be enraged by this book. Others will be or enthralled, No one will be bored.

Searching for the Truth about the Battle of Midway
By Lt. Cmdr. George J. Walsh USNR (ret)