The Forgotten Island: All about Lanai 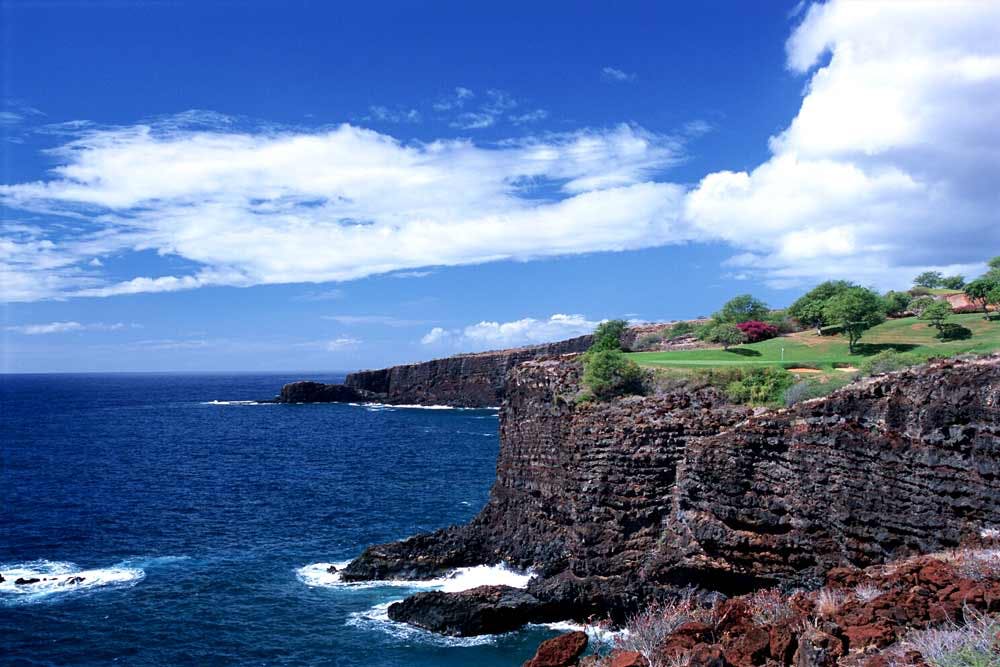 When you think of Hawaii, you probably think of the beaches of Waikiki, the surfing on the North Shore of Oahu or the hustle and bustle of Honolulu. While those are all certainly awesome places to visit in Hawaii, there’s a lesser known island that hardly gets any attention – and many people who live there are just fine with that.

As the smallest inhabited island of Hawaii, Lanai is known as the “Most Enticing Island.” A study in contrasts, Lanai offers so many natural highlights, from the Garden of the Gods (Keahiakawelo) to Sweetheart Rock (Puu Pehe). One thing is for sure: you will get a diversity of culture and nature here that is unparalleled on the other islands. On one hand, there are two Four Seasons resorts where you can get pampered while you relax in paradise and on the other hand, you have the old plantation charm of Lanai City.

Situated just nine miles from Maui, Lanai is a quiet, unassuming island that’s so small it doesn’t even have a traffic light. Whether you choose to go four-wheeling on back roads or take in a round of world-class golf, you’ll never be at a loss as to what to do here.

There are two golf courses on Lanai. Manele Golf Course, designed by Jack Nicklaus, opened in 1993 to great fanfare. The Challenge at Menele, unveiled on Christmas Day of that year, is an open, seaside course – a stark contrast to its more rustic sister up at the Experience at Koele. Koele, also 18 holes, is currently closed for renovations. However, this undulating course sits amidst a forested course that offers amazing views of Molokai and Maui off in the distance.

Better known as Garden of the Gods, you’re in for a treat when you visit this glorified rock garden. You’ll find it at the end of Polihua Road, less than an hour from Lanai City. Peppered with boulders and rock towers, this place looks more like the surface of the moon than a destination in Hawaii. According to legend, two kahuna, or priests, from Lanai and Molokai challenged the other one to keep a fire burning on their own island; whoever could keep it gong longest would win great rewards. The Lanai kahuna, named Kawelo, used up all the plants and flowers on his island in order to keep his flames going, resulting in the barren landscape you see today. Just keep in mind that Polihua Road is unpaved, so you’ll need a four-wheel drive vehicle to get there. Also, do not stack rocks!

Lanai City is only a few miles from the airport, Lanai City is an old pineapple plantation town built in the early 1900s. This is the place to dine, shop and take a stroll, with Dole Park at the center of it all. Bring a picnic and spend a few hours here, getting shade from the pines that line the area.

Visiting Lanai is a unique experience, and you’ll find it differs in many ways from the bigger islands of Oahu and the like. Speaking of Oahu, why not come here too and take a tour? We’ll show you around as part of our Circle Island Tours.