The word “Pali” means cliff in Hawaiian and you’ll see just how aptly named the Pali Lookout is when you reach the edge. Located about five miles outside of Honolulu, the Pali Lookout boasts some of the best views on Oahu. On a clear day, take in the sweeping vista that stretches from the Ko’Olaus by Kualoa Ranch, past Mokoli’i (locally known as Chinaman’s Hat), over Kaneohe and the Marine Corps Base to Kailua, all arranged perfectly in the turquoise setting of Kaneohe Bay and the Pacific Ocean. 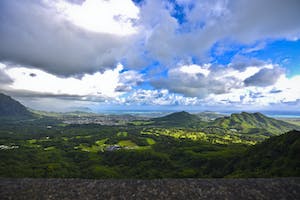 Besides its mesmerizing vista, this historical landmark is also the site of the infamous Battle of Nuuanu. It was here that King Kamehameha I finally united Oahu and subsequently all of Hawaii under his rule. In 1795, Kamehameha sailed from his home island of Hawai’i with around 10,000 warriors. He quickly conquered Maui and Molokai then turned his sights on Oahu. During this pivotal battle, Kamehameha and his troops fought fiercely with Maui chief Kalanikupule and the warriors of Oahu. Eventually, the defenders were driven over the edge of this cliff to their deaths; several hundred warriors perished at the base of the cliff. 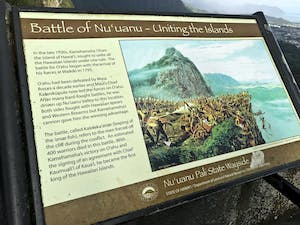 There are many Hawaiian legends that take place at or near this spot; there is also plenty of local lore about the area being haunted. There are a plethora of people recounting tales of hearing odd sounds, their cars breaking down if they try to carry pork over the Pali, seeing odd specters (specifically a woman and her dog), and more. 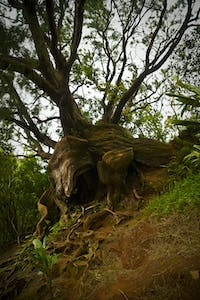 Nuuanu Pali is reputed to be one of the homes of the Hawaiian gods and considered sacred to Hawaiians and many locals so please treat it with respect. When you visit the Pali Lookout, we recommend bringing a camera and a jacket but leave your hat; among other things, it’s known for having extremely strong winds! 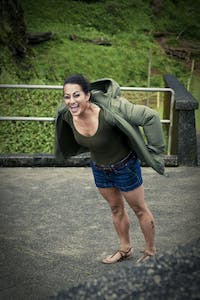 The Nuuanu Pali Lookout is typically featured on all of our Circle Island Tours and our Eco-Adventure Tours but the site is currently closed due to road work and renovations.

Hoku Hawaii Tour’s Travel Blogger Ruth B is an avid hiker, ocean-lover, and foodie (poke and acai bowls… yes please!). For more adventures and recommendations, follow her on IG @adventures_of_ruthb and shoot her a DM.

See the entire island of Oahu, complete with lunch and unforgettable scenery