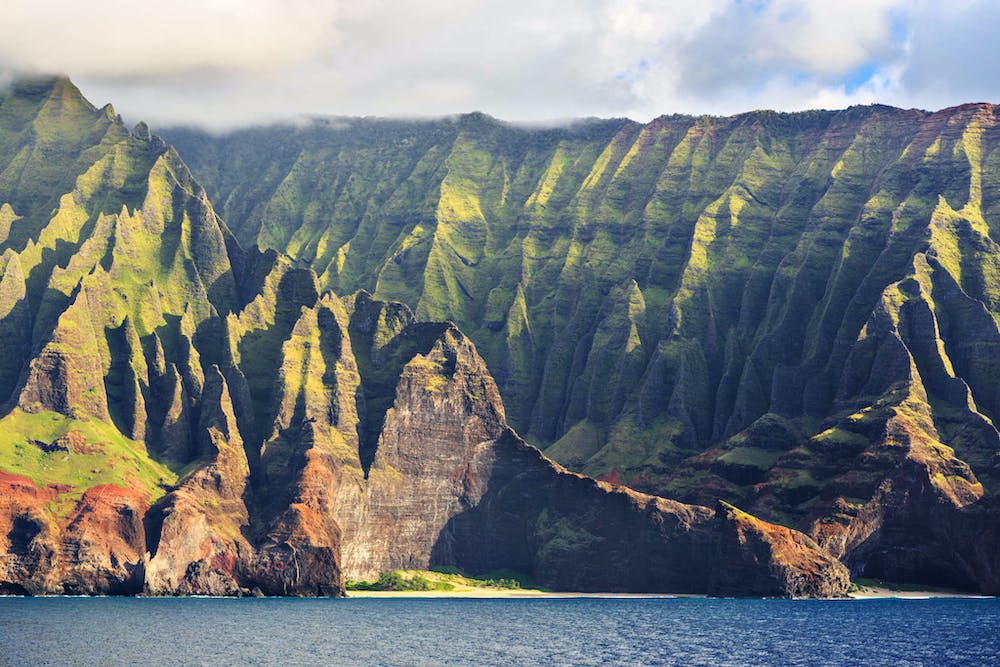 As the fourth largest of all the Hawaiian islands, Kauai is a natural wonderland appealing to all ages. Featuring a total area of 562 square miles, Kauai is known for its steep cliffs and rugged coastline. Dubbed the Garden Isle for its undeveloped land and forests, this stunning topography is home to natural wonders like Waimea Canyon and Na Pali Coast state parks. Tourism is Kauai’s major industry, situated 105 miles northwest of Oahu with a population of more than 65,000.

If you’re coming to Hawaii for the natural landscapes, any island will be breathtaking. However, there’s something special about Kauai and its unique topography. Here are some must-see sights in Kauai that will keep you coming back again and again.

Accessible by young and old, Opaekaa Falls is on the East Side of Wailua, a couple miles up Kuamoo Road (Route 580) from Highway 56. Grab your camera at the roadside lookout on the right-hand side for some unforgettable pics. Opeakaa Falls makes up the north branch of the Wailua River, spilling more than 150 feet below and measuring 40 feet wide. You’ll find plenty of parking with a small sidewalk available for safe viewing. Don’t confuse this lookout with the now-closed trail that has seen the death of at least two hikers in recent history. For your own safety, stick to the lookout only.

Stunningly similar to Arizona’s Grand Canyon, Waimea Canyon in Kauai is aptly named the Grand Canyon of the Pacific. From its rusty canyon walls of volcanic soil to the majestic waterfalls and streams that punctuate the landscape, your camera won’t do the earthen colors of the canyon justice, especially when compared with the lush green plants that line the canyon.

Love to sun bathe, swim or snorkel? You can do all that and more when you hit the beaches of Kauai, with white sand flanked by crystal clear waters just begging to lap at your feet. In fact, you have your choice of 40 beaches on the island, from the whimsy of Poipu Beach to the romantic Secret Beach near the Kilauea Point Lighthouse on the North Shore.

Designated as the best natural botanical garden in the U.S by the American Horticultural Society in 1997, the Limahuli Garden and Preserve spans more than 1,000 acres throughout a lush tropical valley encompassing three distinct ecological zones on Kauai’s north shore nestled in Ha’ena. In the background, you’ll see the towering majesty of the Makana Mountain, plus you’ll get spectacular views of the Pacific Ocean. FYI, Limahuli means “turning hands” in Hawaiian, which is a nod to the ancient Hawaiians who created agricultural terraces out of lava rock and planted taro.

Kauai is less inhabited than Oahu, which is the most populated island of the eight. To explore additional natural beauty in Oahu, come see us at Hoku Hawaii Tours. We’ve got some stunning landscapes of our own!