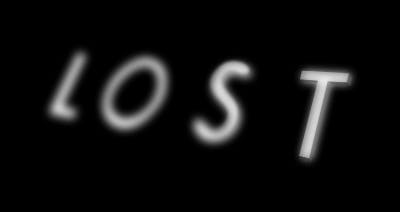 If you’re a fan of the show “Lost,” you know there are some stunning backdrops to this immensely popular TV show starring Matthew Fox. As one of the most expensive show in TV history (the pilot cost more than $14 million to make!), it’s no wonder the scenery and background are so spectacular – it was filmed primarily on Oahu. This show spanned six seasons, airing from 2004 to 2010 with more than 120 episodes. Let’s check out some filming locations on Oahu:

Valley scene from second day on the island:

You may remember from the second day after the crash when Jack, Kate and Charlie made their way into a valley to look for the plane’s cockpit. This scene, as well as many other scenes from other seasons, was filmed in the lush Ka’a’awa Valley on Oahu’s Windward Coast.

While Jack, Kate and Charlie check out the valley, back at the wreck site the rest gather in the wreckage when hit by a deluge of rain. This is when the strange “monster” sounds are heard by the gang. The view they pan to is actually Mokule’ia Beach on Oahu’s North Shore.

When the gang tries to flee the “monster,” they run into the rainforest to escape. This is actually a part of the famous Turtle Bay Resort – also a frequent filming location for other scenes in the show. You can get there from Haleiwa via the Kamehameha Highway. Interestingly, you’ll also see various banyan trees in the show also shot here.

This beautiful scene is filmed at the historic Byodo-In Temple nestled within the Valley of the Temples off Kahekili Highway in Kane’ohe. This is the place where Jin and Sun get engaged and profess their love for each other.

As the backdrop of many scenes in that first season, the “Sydney Airport” is actually the Hawaii Convention Center, which opened its doors in 1998. Highlighted by modern streamlined architecture, a $2 million Hawaiian art collection, a rooftop tropical garden, there are outdoor meeting areas flanked by palm trees.

Wedding scene of Jack and Sara:

This was shot at the gorgeous Kahala Hotel and Resort on Kahala Avenue, situated east of the famed Diamond Head. The gazebo where they said their vows can be found near the shore at the far end of the resort.

When Hurley wins the lottery, he buys his mother a house, which is actually located in the Kahala neighborhood in Oahu, also east of Diamond Head. You’ll find some of the most luxurious and expensive homes on all of Oahu here.

If you’re a “Lost” lover and are visiting Oahu, why not check out some of these places? In fact, many of these locations can be found on excursions booked through Hoku Hawaii Tours. What are you waiting for?