Lighthouses in Hawaii: A Beacon of Hope 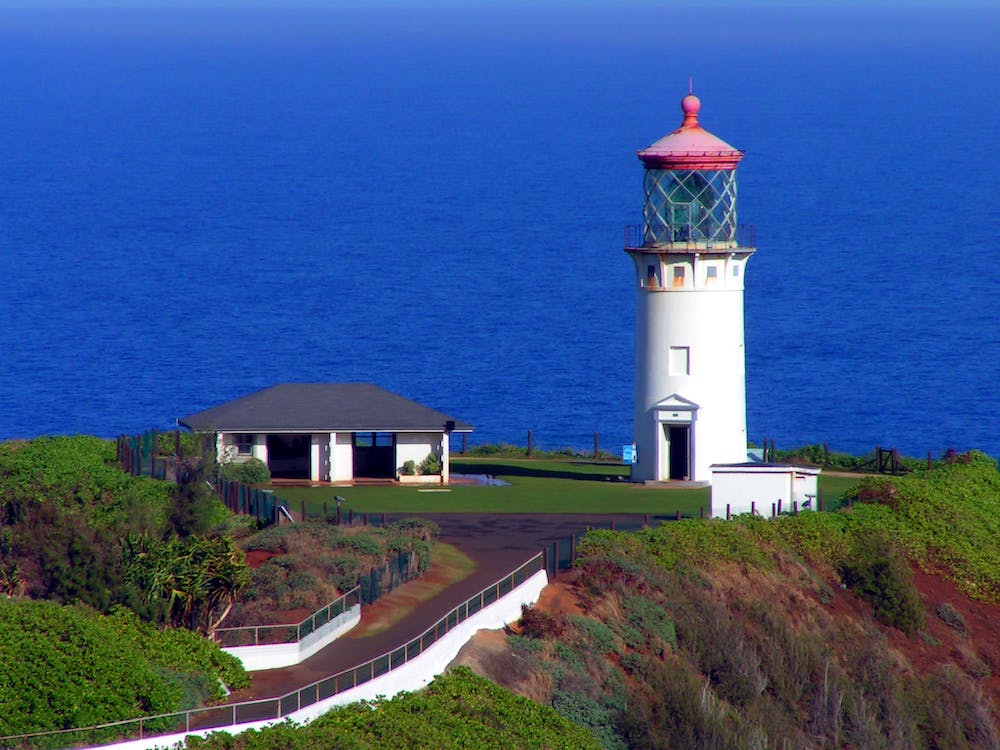 Lighthouses have historically signaled a beacon of hope, a place of guidance in a sea of murkiness. Constructed to guide ships home in foggy weather, lighthouses have become a symbol of mariner life, but more than that, they have become beautiful landmarks that make for scenic photographs and visits. Hawaii has some of the best lighthouses in the country, and here we’ll take a look at a few of them.

Open Tuesday through Saturday from 10 a.m. to 4 p.m., this lighthouse stand prominently on K?lauea Point on the island of Kaua?i within the K?lauea Point National Wildlife Refuge. Admission is just $5 and kids under 15 are free. Established in 1985, the Kilauea Point National Wildlife Refuge is operated by the U.S. Fish and Wildlife Service. Its towering lighthouse stands above craggy ocean cliffs and tall grassy slopes of a dormant volcano. Within this area roam protected species of Hawaiian seabirds. Here, you are likely to get a glimpse of the Laysan albatross, red-footed booby and wedge-tailed shearwater. Green sea turtles and humpback whales also call this place home.

Originally built in 1899, this lighthouse is unique because its original fresnel lens is still in use. It underwent renovations in 1917 and is built of reinforced concrete. Standing 147 feet above sea level, the lights of this structure reach an incredible 18 miles out into the Pacific. The lighthouse serves as the home of the 14th Coast Guard District Commander. You can view the Diamond Head Lighthouse by accessing Diamond Head Road, although there’s no public access to the lighthouse itself. It can only be enjoyed from a distance.

Standing more than 70 feet tall, this lighthouse is located in Kalaeloa, Honolulu. Named after Captain Henry Barber who ship wrecked off the coast in 1796, it was originally designed as a station in 1888. The concrete structure as we know it now became active in 1933 and was automated in 1964.

Several lighthouses have stood in this spot, the first one created in 1897. Today, the off-white color of the lighthouse magnifies its majestic presence at 86 feet tall. Automated in 1953, you can get to this lighthouse via Ahukini Road towards the airport.

Dubbed the oldest Pacific lighthouse, Lahaina Lighthouse has been guiding sea-going vessels for nearly two centuries. It’s the first in all of Hawaii and the first on the Pacific Coast. You’ll find it in front of the Pioneer Inn. Built in 1840, it guided whaleboats, starting off as a nine-foot wooden structure and growing to 26 feet in the late 1860s. Interestingly, the light that guided the vessels burned whale oil to keep it going. It was rebuilt in 1905, then again in 1916. Its central location in Lahaina gives you up close and personal access to this historic landmark.

If lighthouse-watching takes you to Oahu, look up Hoku Hawaii Tours to complement your stay and take in a fun excursion.