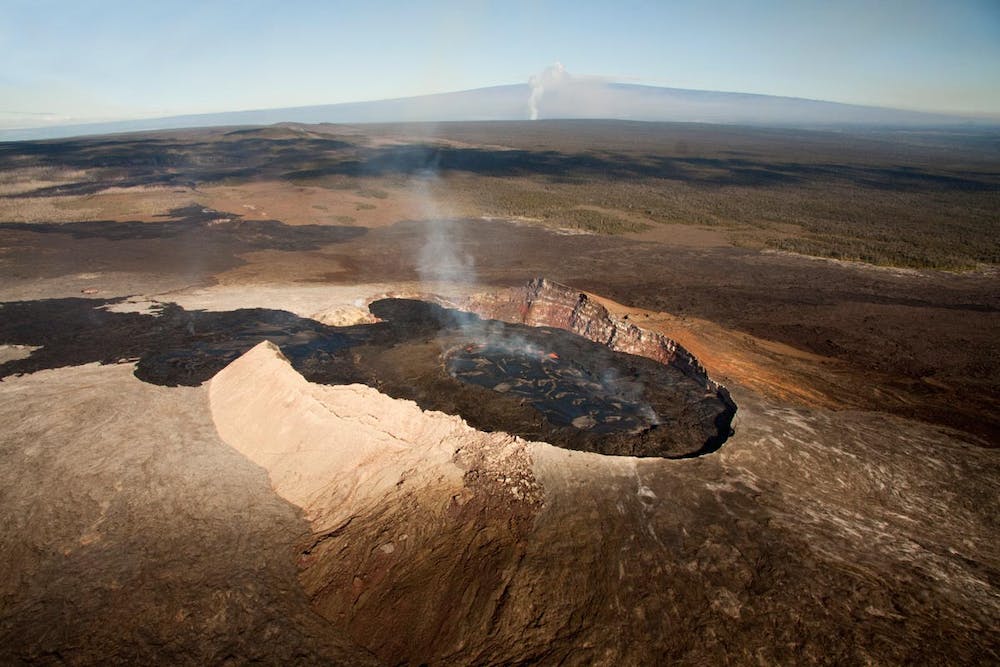 Kilauea is hardly a docile being

As one of the most active volcanoes on the planet, Kilauea is hardly a docile being. But one local filmmaker got up close and personal to the beast for a short film entitled “Kilauea — The Fire Within.” The recently released film got some exposure on National Geographic’s Short Film Showcase featuring time-lapse footage that truly highlights the fury of Mother Nature. And with amazing close-ups of the spewing majesty of the hot lava lake at the summit, be prepared for a visual treat.

Lance Page was born on the Big Island and grew up there too, so he has a lifelong interest in Kilauea and how hauntingly beautiful it can be. He also realizes its strong power and knows how destructive it can be. That didn’t stop him from witnessing the raw power of this active volcano, which, he tells Huff Post, he has the utmost respect for. In fact, the process of shooting the film renewed his interest in Pele, the Hawaiian goddess of volcanoes and fire. He said its “unexpected beauty and unsettling sense of danger … changed my life.”

As the youngest and most active shield volcano in Hawaii, Kilauea is always in a state of near-eruption either from its vents at the summits or along the rift zones. The latest eruption, going on since 1983, is located mainly at the Pu’u ‘O’o vent at the eastern rift zone.

Kilauea has been the subject of interest

For generations of Hawaiians and Polynesians, with written documentation dating back to the early 1800s. Its vast summit caldera has a central crater called Halemaumau, which is where Pele makes her home, at least according to legend. Nearly all of the basaltic shield volcano surfaces contain lava flows less than 1100 years old, while 70 percent of the volcano’s surface is younger than 600 years, according to Volcano Discovery. Since the 1983 lava flows started they have swept over more than 100 sq km of land, leaving 200 demolished houses in its wake.

If you decide to visit Kilauea Volcano, you can’t miss the Jaggar Museum with excellent views of the lava eruptions from the vent at Halema’uma’u Crater. There are stops along Crater Rim Drive where you can get great views of the lava flows as well.

In general, it costs $15 for a vehicle for seven days, although there are a handful of days throughout the year where you can get in free.

If a visit to Oahu is in your near future, consider an educational and fun excursion courtesy of Hoku Hawaii Tours.