Inside the Pacific Aviation Museum 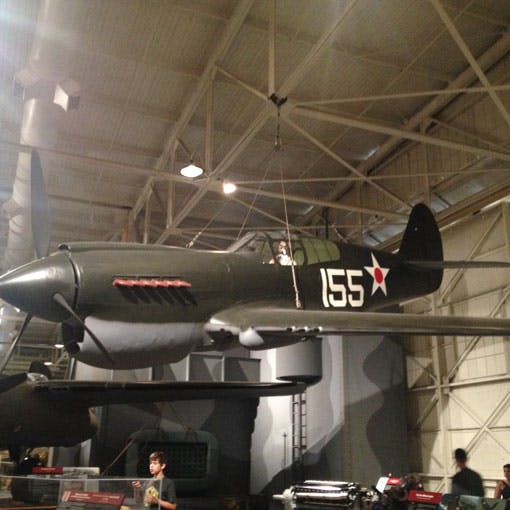 A trip to Pearl Harbor just wouldn’t be complete without checking out the massive aircraft inside the Pacific Aviation Museum Pearl Harbor on Historic Ford Island. It takes up two hangars and features the Ford Island Control Tower, combat flight simulators, cafe and museum store. Let’s explore this tribute to Hawaii’s Pearl Harbor and the war that claimed so many lives yet produced so many heroes.

First off, you take a shuttle bus to Ford Island to begin the tour. You’ll start out in the 42,000 square-foot Hangar 37, a former seaplane hangar that went through the attack on December 7, 1941 and lived to tell about it. The 200-seat theater welcomes guests to a short 12-minute movie with original footage that offers an overview of what happened at Pearl Harbor that fateful day. Once in the exhibit space, you’ll come upon an authentic Japanese Zero diorama on Hiryu, Japanese carrier, as depicted just after sunrise on December 7th. Also located here is a civilian plane that was shot down in the attack, a P-40 fighter, a B-25B Mitchell and a SBD Dauntless dive bomber.

You’ll then move into the 80,000 square-foot Hangar 79, where you can’t help but notice the bullet holes that still grace the large hangar door from the Pearl Harbor attack. During wartime, it was used to maintain and repair aircraft; today it holds jets and historic helicopters. Here you’ll browse the MiG Alley Korean War Exhibit, highlighting the MiG-15 and F-86 Sabre aircraft operational during the Korean War.

Afterwards, you’ll even have the chance to become a WWII pilot as part of the combat flight simulators that give you a taste of just what it’s like to fly a 1940s aircraft. Hungry? Get a bite to eat at the Laniakea Café, then pick up some souvenirs from the museum store.

The museum is open every day from 8 a.m. to 5 p.m. It’s strongly recommended you purchase your Pacific Aviation Museum tickets ahead of time so you are guaranteed admission, no matter how last-minute your plans are. Tickets for adults are $25, children 4-12 are $12, and kids four and under are free. If you choose to do the flight simulator, that will cost you $10 for a half hour. Members of the military get into the museum for $15. You also have the option of paying extra for the Aviator’s Tour which includes a guided tour of both hangars.

Keep in mind, this is still an active military base, so there’s always something going on. Shuttles leave every five minutes from the Pearl Harbor Visitors Center from 9 a.m. to 4 p.m. daily. Consult with Hoku Hawaii Tours, your Pearl Harbor tour experts, for any questions regarding a visit to this historic site.