See where Gilligan’s Island was Filmed on Oahu 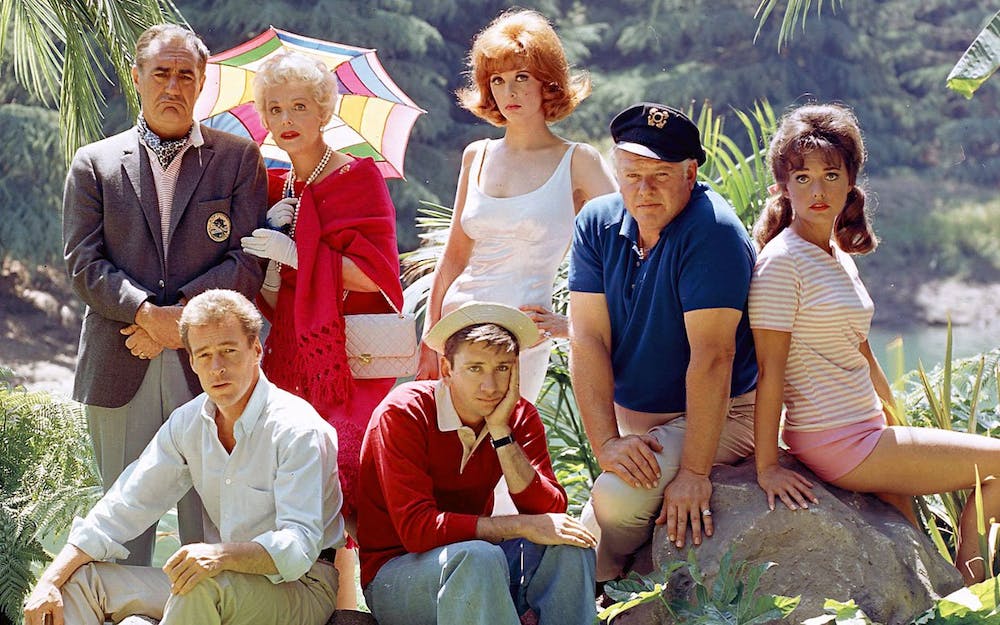 “Just sit right back and you’ll hear a tale,
A tale of a fateful trip,
That started from this tropic port,
Aboard this tiny ship.
The mate was a mighty sailin’ lad,
The Skipper brave and sure,
Five passengers set sail that day,
For a three hour tour,
A three hour tour.”

Well, our Circle Island Tour takes a little longer than three hours (nine in fact), but we will bring you by the place on Oahu where the famous 60s TV show Gilligan’s Island was filmed. If this was one of your favorite sitcoms, you’re in for a real treat. Let’s take a look behind the scenes of the filming of Gilligan’s Island on Oahu.

The island featured in the series is within swimming distance of Oahu, and its story is a bit more compelling than the one the show’s producers would have you believe. Located just a fifth of a mile from the shore at Kaneohe Bay, it’s dubbed by the locals as “Coconut Island.” Its real name is Moku o Loe and today houses the Hawaii Institute of Marine Biology (HIMB). Looking outward from the island, you’ll see a beautiful back drop of the grand Koolau Mountains on Oahu. Looking at it from Oahu’s shore, you get a great view of the bay and Pacific Ocean beyond.

If you recall the opening credits of the show, you’ll notice a panoramic view of the whole island. It still looks pretty much the same. Many of the up-close shots were done right on the island, including the beautiful lagoon and tropical palm trees. Other scenes were shot in front of a set, particularly the indoor ones. The island itself used to be smaller, at 12 acres, but was built up decades ago by land owner Christian Holmes with the intent to use it as a location for his tuna-packing factory. The nearby sandbar gave him the natural materials he needed to beef up the island, to which he added fish ponds, exotic plants and a saltwater swimming pool.

It was Holmes who sailed a ship from Samoa that leaked oil on the way over. It was of no use once he got it to the island, so he transformed it into a bar and movie theater. The island was once home to outdoor bars, a bowling alley and even a shooting gallery (reminiscent of old-timey amusement parks). A small zoo was also located here, the animals of which were transported to the Honolulu Zoo later on when that zoo was established on the mainland.

Edwin Pauley, an oil tycoon, took over ownership of the island when Holmes died, spending his days on the beautiful island surrounded by his family and wealthy celebrity guests. It was taken over briefly by a Japanese real estate developer at the time of his death. Most recently, it was purchased by the aforementioned marine laboratory thanks to the funding of the Pauley family foundation.
There’s much more to be told about the island featured in Gilligan’s Island, but we have to save SOMETHING for your tour, right? Call Hoku today!