Get a Taste of the Kona Brewing Company 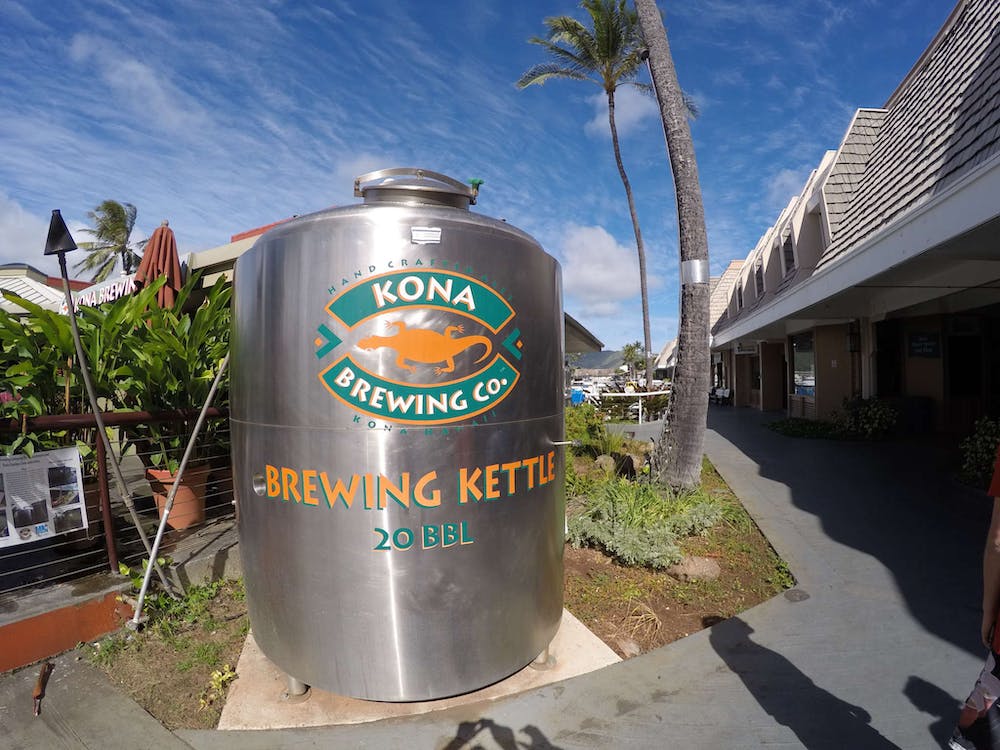 With bubbly homemade brews that can be paired with delicious foods on the menu, the Kona Brewing Company has the fix for everything that “ales” you. It all started in 1998, when Kona Brewing Company’s Kailua-Kona Pub opened on the Big Island. Signs of its history are everywhere. Its signature koa wood bar was crafted from a large piece of driftwood that washed ashore in Kailua Bay. In addition, the ohia wood posts found in the lanai originated in South Kona. The rusted tin roof in the lanai outside came from the old Holualoa okolehao distillery.

If you love pub food and beer, this is the place for you. You can order up tasty hand-spun pizzas, local organic salads and fresh draft beers you won’t find anywhere else on the island. If you come on Sunday nights, you can enjoy your food while listening to local musicians.

The brewing company’s second location opened in 2003 at the Koko Marina Center in East Oahu, perched right on the docks of the marina. With outdoor seating giving you breath taking views of Koko Marina and the Ko’olau Mountain Range, you can’t go wrong here. There are 24 beers on tap here, so enjoy while listening to live entertainment such as contemporary Hawaiian and blues on the weekends.

There’s also a Kona Brewing Company Air Pub, which opened up back in 2008, located at Honolulu’s International Airport. The company still takes pride in its original flagship store on the Big Island. In fact, it just served up its three-millionth beer!

Kona Brewing takes the environment very seriously. In a display of sustainability dedication, the company employs a Sustainability Coordinator on staff to ensure a continued commitment to eco-friendly practices and products. It also supports local environmental groups, and uses biodegradable or recyclable building materials where possible. Kona Brewing also does its part to reclaim thermal energy in heating its water, among other things.

Kona Brewing Company was created from the ground up by father and son Cameron Healy and Spoon Khalsa. They brought their dream to life of incorporating fresh, local island brews backed by a need to protect the natural environment on the Big Island. Today, that tradition continues in its robust, flavorful brews such as:

You can even get beer-to-go in growlers so you can enjoy the taste of Kona at home. While the brewing company is best known for its craft beers, it’s also a great place to eat. From hand-tossed gourmet pizzas to pupus and sandwiches, you’ll get your fill while here. From salads to desserts, all food is made with fresh local ingredients. Pair your food with specialties like Black Sand Porter, Castaway IPA, and Da Grind Buzz Kona Coffee Stout.

If you find yourself at the Kona Brewing Company in the Koko Marina Pub on Oahu, why not complement your stay with a fun tour by Hoku Hawaii Tours? We’ll show you the rest of the natural beauty of this great island.