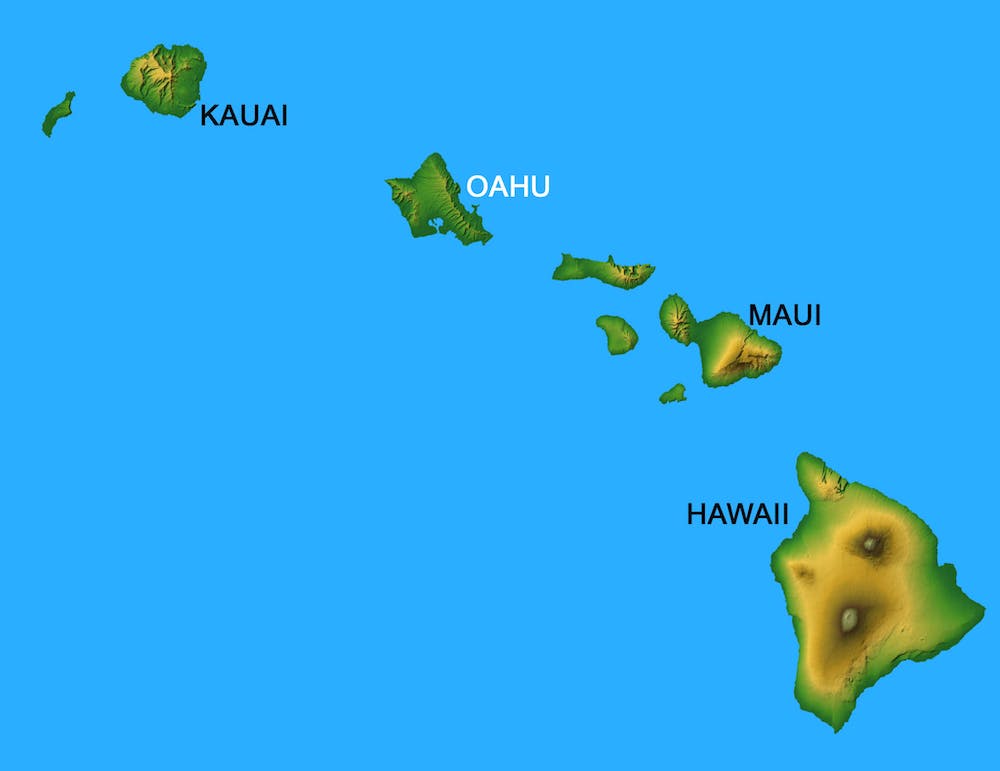 If you’ve never been to Oahu, it can be a bit overwhelming trying to get all the areas straight. Oahu is the third largest island on Hawaii, with the Big Island coming in first, Maui second, Oahu third and Kauai fourth in order of size. Getting around the island will be easy once you conquer it; it won’t be long before you’re zipping around like you own the place!

Made up of five main geographic areas, Oahu is split generally into:

In case you’re wondering, Waikiki (one of the most popular Hawaiian destinations) is included in the greater Honolulu area. This area (the southern portion of the island) also happens to be the most populated. Locals refer to it as the “town,” but to the rest of Oahu it’s known as the “country.”

Oahu is the sixth oldest of all the Hawaiian islands

Spanning nearly 600 square miles, Oahu is the sixth oldest of all the Hawaiian islands, and it’s situated physically between Kauai and Maui. It features two large mountain ranges: Waianae in the west and Koolau in the east. The two parallel mountains make for a feast for the eyes, thanks to the many ridges that create a contrast in nature: deep lush valleys offset by craggy majestic mountain peaks.

Central Oahu and the Leeward Coast

Are separated by the Waianae range, which is about four million years old. This area tends to be more temperate featuring hotter temps and drier conditions. In the east, the Koolau mountain range runs along the whole coast for nearly 35 miles from Kahuku to Makapuu in the south. The temps here aren’t quite as warm and this area gets more rain. This range separates the Windward Coast from Central Oahu, the place to go if you want to witness beautiful rocky mountain cliffs and death-defying ridges. For example, check out the impressive Koolau cliffs while visiting the Nuuanu Pali Lookout. Because this region gets a lot of rain, it is greener and more lush than the other side of the island.

Oahu is home to many volcanoes

But don’t worry, none of them are active. Appearing in the form of cones and heads shooting up 1,000 feet in the air and stretching a mile wide, you can witness the breathtaking beauty of these volcanoes such as Diamond Head, Koko Head and Punchbowl. Koko Head is the “baby” of the bunch, at only 32,000 years old. Diamond Head is a 760-foot crater and also known as Leahi (which translates to “brow of the tuna” in Hawaiian). Created more than 100,000 years ago, this crater is now a protected National Natural Landmark. Punchbowl crater is somewhat younger, between 75,000 and 100,000 years old, and is the home of the National Memorial Cemetery.

If you’d like to see just what makes Oahu so special, come away with us on a half day or full day tour of this beautiful island, such as our Circle Island Tours.