Flora and Fauna of Hawaii 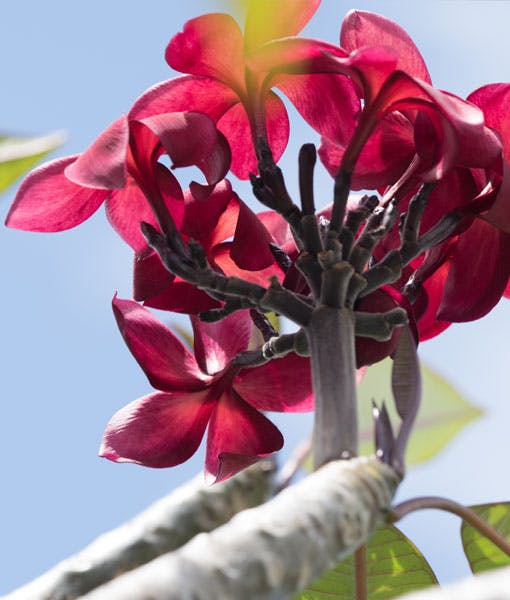 The flowers and wildlife of this most beautiful state continually lure visitors to Hawaii with its lush green covered mountains dotted with bright blooms. Take a look at the flora and fauna indigenous to Hawaii and you will see a variety of spectacular birds, plants, flowers, animals and marine life. Let’s take a look at the unique natural environment that inhabits this island.

The yellow hibiscus has the distinction of being the state flower. Also referred to as pua aloalo, native Hawaiians chose the hibiscus flower in a variety of colors as the official bloom as far back as 1920. Then, in 1988, however, the official flower was changed to the more specific yellow hibiscus. These flowers – from yellow to pink to all colors in between – originate in the Pacific Islands. There were only a few colors back then, but as more varieties were imported, more colors came about.

Did you know that each island has its own official flower? They are:

The Iiwi has a distinct bright red appearance with a curved bill pink in nature. Its wings and tail are black, setting it apart from all other birds on the island. It is a type of honeycreeper – in fact there are 50 species of honeycreepers in Hawaii! Ancient Hawaiians revered the iiwi and used its feathers to make elaborate capes, helmets and ornaments as gifts for the tribal chiefs.

The Nene Goose is another bird of Hawaii, one that has faced extinction for some time now. It almost because extinct back in the 1940s due to over-hunting but luckily it came back just enough to survive. In 1957, the Nene was designated as Hawaii’s State Bird. It’s on the Federal List of Endangered Species today, though, as its predators include the mongoose as well as feral dogs and cats.

The Hawaiian monk seal has quite a long native name: Ilio-holo-i-ka-uaua. These seals are bald and shiny, tend to live solitary lives, and feature a hood-like fold of skin behind their heads – hence their name. There aren’t many of them. In fact, there have only been two born here (Oahu and Kauai) in the last 25 years or so, with two births occurring in 1991. They sleep a lot and feed on fish, eels, octopus, and lobster.

We’ve all seen floral leis being placed around the neck as a welcoming gesture. These are a symbol of caring, love, kindness, and appreciation. Leis are given during a variety of celebrations, from birthdays and anniversaries to luaus and going-away parties. It is said that ancient Hawaiians gave leis to their gods as part of their religious ceremonies.

To explore the flora and fauna of Hawaii, why not take an informative tour through the lush landscape? Call Hoku Hawaii Tours to book your excursion now.