Does Hawaii Get Hurricanes? 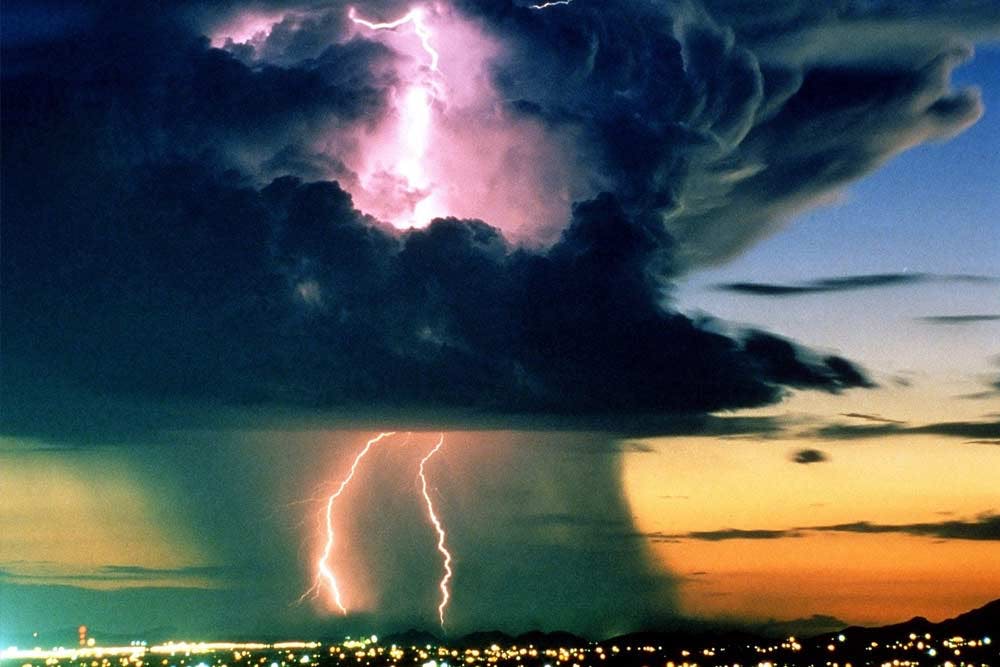 With hurricane season in full swing in the United States right now, you may be wondering if Hawaii is immune to the devastating impact of tropical storms and hurricanes. The answer is no. In fact, just like the Caribbean Sea, storms are part and parcel of Hawaii’s landscape. However, these storms typically weaken before they ever hit land.

According to Weather.com, four to five tropical cyclones occur in the central Pacific Ocean basin every year, with two-thirds of those systems stemming from the eastern Pacific basin. Most all of Hawaii’s hurricanes come from the south. The approach is key here, as all hurricanes to approach these islands since 1950 have come from the southeast, south or southwest. That’s because of the warmer waters in these areas. El Nino also impacts the likelihood of hurricanes due to the relaxation of the tradewinds that normally keep hurricanes far from Hawaii.

There have been many hurricanes that have affected Hawaii in many different ways. These storms are calculated in devastation to the area, of course, but also in dollars. The most expensive storm to impact Hawaii was Hurricane Iniki in 1992, causing the most damage to Kauai thanks to the immense waves and floods.

Other notable hurricanes include Nina in 1957, Dot in 1959, Iwa in 1982 and Flossie in 2007. This last one started as a tropical cyclone in the eastern Pacific, threatening the Big Island. Fortunately, Flossie ended up fizzling out with high surf and winds not even reaching 40 mph by the time it hit land.

The reason why you don’t hear of more hurricanes happening in Hawaii is because most cyclones start off strong over water but weaken significantly once they approach land. To date, there is no written record of a hurricane making landfall on the Big Island, for instance. In fact, Tropical Storm Iselle was the last to make contact on that island nearly 70 years ago. There are some theories as to why this is.

Hurricanes and cyclones are interchangeable words that people use to describe storms with high-force winds and surf that form over the Pacific or Atlantic basin. In fact, you can also call them typhoons because they’re all the same weather phenomenon, according to National Geographic.

Storms in the Atlantic and northern Pacific are referred to as hurricanes after the Caribbean god of Evil, “Hurrican.” Storms in the northwestern Pacific are known as typhoons, and in the southeastern Indian Ocean and southwest Pacific they are referred to as cyclones. To be classified as one of those three terms, the storms have to feature winds reaching at least 74 mph.

We hope you enjoyed your daily lesson on hurricanes in Hawaii. So have no fear, come on down to Oahu and let Hoku Hawaii Tours give you a tour of our beautiful island!