Are There Nude Beaches in Hawaii? 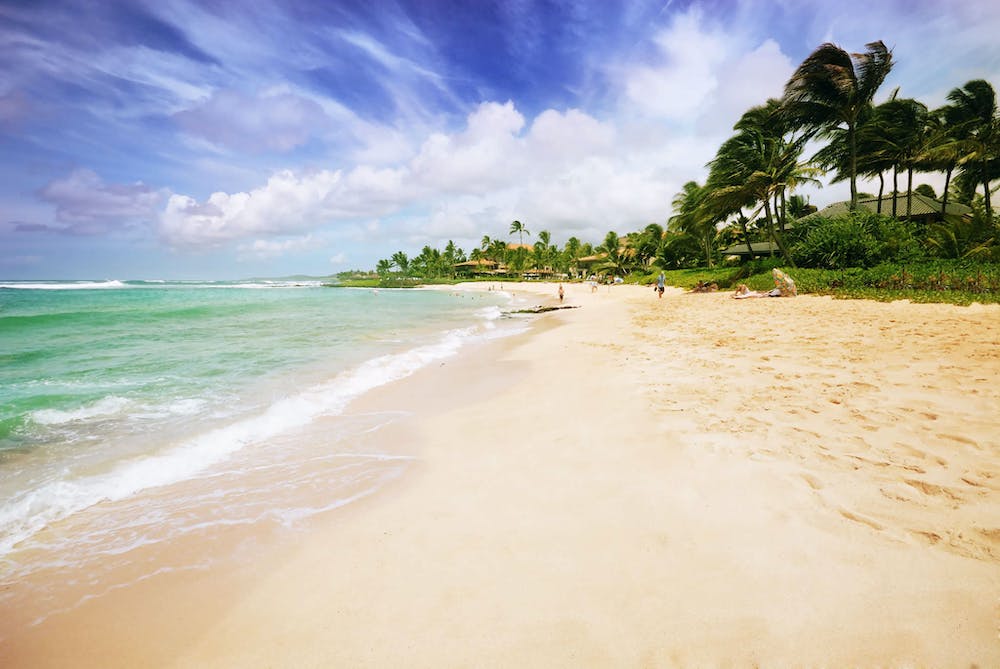 The answer is yes, in some places. However, nudity is illegal at state beaches, and this is via state park mandate. That said, some beaches in Hawaii are in fact nude, topless, or clothing optional. You just have to know where to look. Then, you have to add in the issue of whether nude sunbathing or swimming is considered illegal, but if the legalities of nudity in Hawaii are not concerning to you, read on to find out where the clothing optional beaches are.

Located within Kaloko-Honokohau National Historical Park on the Kona Coast, this beach is better known as a popular gathering for gay visitors. You won’t find it easy to relax here much, though, as police are always here patrolling for violators of the ban on nude sunbathing.

Situated in the Puna district in Hilo, Dolphin Beach (technically called Kehena) is a shady black sand beach overshadowed by steep cliffs and tall trees, popular with the locals.

In Hilo, the steam vents at Marker 15 off Highway 130 is an area where clothing optional steam baths are a feature of the natural caves found here. It’s technically private property, but no one seems to enforce it.

While it’s not visible from the roadway, you’ll know you’re at the right place when you hit mile marker 11 on Highway 56. Walk down the path that meanders through a sugar cane field to get to one of Kauai’s best nude beaches. Just be aware that the land is under new ownership and security guards are on hand to ensure no nudity takes place.

Also known as Secret Beach, you can get here via a hiking a trail at the end of Kalihiwai Road in Kilauea. Again, you may encounter authorities attempting to enforce the nudity ban, but for the most part sunbathers are left alone on this long, yellow sand beach.

Also referred to as Pu’u Ola’i Beach, you can’t get here by car. You’ll have to first park at Makena Beach and walk over. As the island’s unofficial clothing optional beach, the scenery is beautiful but be sure to take your valuables with you or risk the theft of belongings from your vehicle. Flanked by lava rocks, with great swimming and snorkeling, you can easily spend a day here.

Located in Hana, this is also called Kaihalulu Beach and is one of the most beautiful beaches in Hawaii. However, you can’t get to it very easily. Relax in a stunning cove surrounded by a crescent-shaped beach featuring calm waters ideal for snorkeling and swimming.

Because Oahu is a highly visited island with a large amount of tourists, you won’t find any nudity-approved beaches here. Oahu, boasting a big police presence, is often crowded with locals and tourists each day, making it pretty hard to get away with any nude sunbathing. You may be able to find a secluded beach or private cove on your own and take your chances on any given day, but it’s not advised and the ban will be enforced.

Overall, it’s not easy to sunbathe in the nude in Hawaii, but it’s certainly possible. It depends on how determined you are to find the right beaches!

No luck? Call Hoku Hawaii Tours and book an excursion around the island instead.