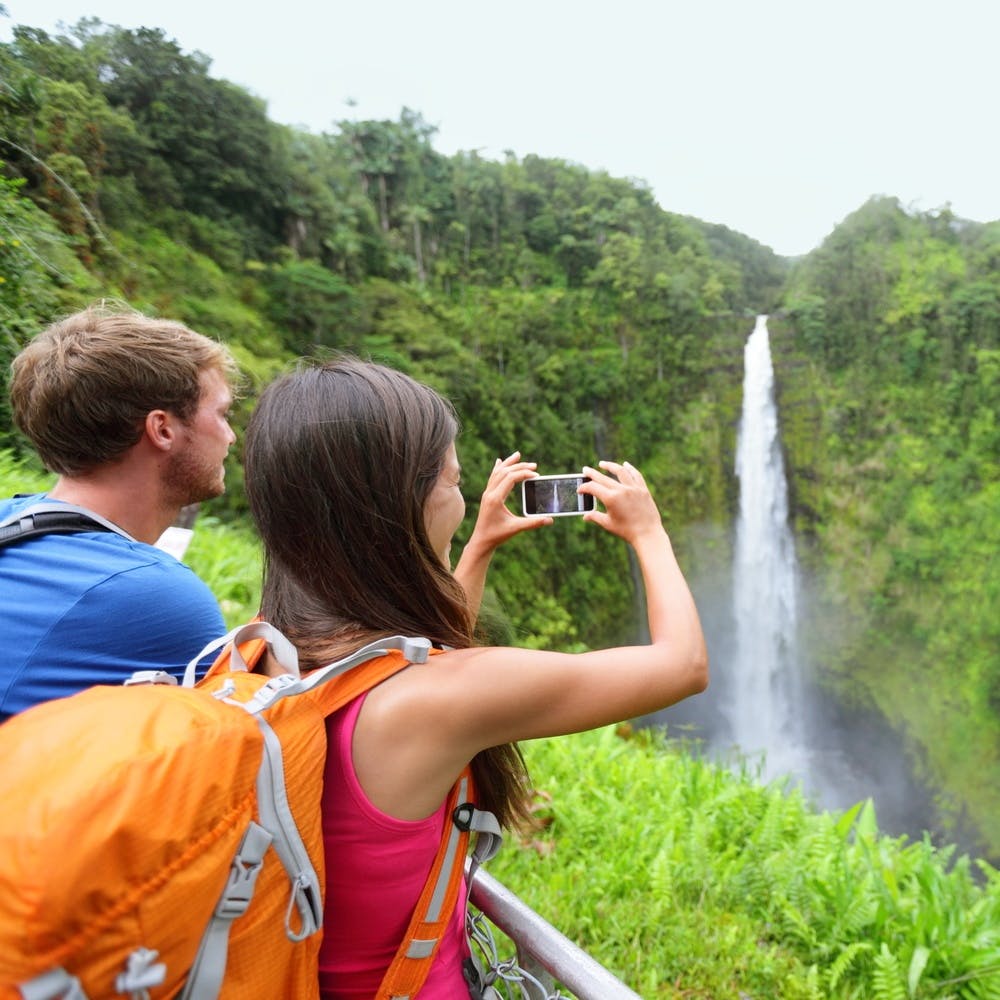 So you have just two days to take everything in on the Big Island, huh? Well, the good news is that it can be done! Bad news is, there’s so much to see, you’ll have to narrow it down. So named because it is the largest of all the Hawaiian islands, the Big Island is chock full of sights, history, culture and nature. Here are a few things you must do during your short time here.

While you can find many awesome places to snorkel right off the beaches, the most pristine, historic spot to snorkel is in Kealakekua Bay State Historical Park. It’s historic due to the fact that the first westerner, Captain James Cook, landed here back in the late 1700s. It sits about 12 miles south of Kailua Village, and is part of the Marine Life Conservation District. The crystal clear water is teeming with marine life thanks to several coral reefs. Bring a picnic and your snorkel gear for a fun half day under the sun.

Take a Day Hike Along the K?lauea Iki Trail

Nestled in Hawaii Volcanoes National Park, take this trail to descend through a lush rain forest to the awe-inspiring K?lauea Iki Crater lava lake. You’ll get up close and personal with the vent that erupted back in 1959, spewing lava 1900 feet from below the Pu‘u Pua‘i cinder cone. You’ll see beautiful native birds along your hike, as well as walk along the dry lava lake, and check out steam vents and spatter cones. Prior to the 1959 eruption, K?lauea Iki had been dormant for a century.

Often dubbed a “Garden in a Valley on the Ocean,” the Hawaii Tropical Botanical Garden is nestled off Highway 19 along the four-mile scenic drive of Hamakua Coast. This is essentially a museum of living plants that nature lovers and botanists will love to view, representing more than 2,000 species, 125 families and 750 genera. This massive 40-acre valley acts as a natural greenhouse that’s protected from Hawaii’s tradewinds and lush with fertile volcanic soil. You can stroll along nature trails, a tropical rainforest, babbling brooks, majestic waterfalls and unbeatable Pacific coast views.

Mauna Kea, at about 14,000 feet above sea level, is one of five major mountains on the Big Island. It’s famous for its greatest concentration of telescopes on the planet, with a star gazing party held every night from 6 p.m. to 10 p.m. as part of the “Star Party.” This is put on by the Onizuka Center for International Astronomy Visitor Information Station at the 9,300-foot level. You’ll start off viewing an astronomy video, then a discussion focused on astronomy and Mauna Kea’s part in it all takes place. Lastly, everyone heads outside for out-of-this-world views from state-of-the-art telescopes.

There’s so much to see and do on the Big Island that cramming it all into two days will be difficult. However, it can be done! Going on a side visit to Hoku Hawaii Tours? Why not book a Circle Island tour for even more fun?